I was recently flipping through the channels on TV and came across Cher’s movie Burlesque. Now, this is not my “typical” movie type to watch… I like Cher, I like singing an dancing…but uhm…wow! There is a very definite difference of “normal” in the movie. Of course, the movie is rated PG-13 so it can’t be that bad…right?

Are you wondering how this ties into speech and language?

If you’re not familiar with the story, it’s about a club owner (Cher) in Los Angeles and a few of the dancers she employs. Essentially, she is going to lose the club due to debt, and by some miracle a gutsy girl steps up to save the day. The club is a very unique club that is definitely…different but fills an important niche in the area.

In the movie, Cher’s character refuses to listen to new ideas. She won’t allow the new girl to have an audition, she won’t listen to new ideas, and refuses to allow the new girl to sing…she won’t even listen to her and instead repeats “they don’t come to hear us sing.”All the girls were lip syncing to the songs while they danced. Then the moment came that it was either bring the curtain down and ruin the performance – or sing…and the new girl SANG (boy did she sing…my vocal folds hurt just watching it!)…and of course it was an OH MY GOSH moment for the club owner. When she was faced with that moment – she was quick to see that maybe different was good. But until then, she was adamantly against new thoughts.

In reality, I think what the story is really about is how we (humans) get stuck doing the same thing in the same way because that’s the way we’ve always done it. We have a hard time changing our mind-sets and accepting new ideas. I think we have all been guilty of saying things like “We’ve always done…” or “That’s not the way we do …”

Besides making me aware that I can no longer move my body the way those young women could, the show made me think. There have been a few (thankfully only a few) times I’ve caught myself stuck in doing the same thing…and using those words “we don’t do that” without really even thinking about it. But no more…

Yes, I said that…and I meant it. I’m not talking technology (although, I suppose the argument could be the same)…but rather innovative thinking.

The clients we see deserve our best…not our rote.

As a child, I had 4 different speech therapists. First there was a man, then a woman, then another woman…and finally…Miss Bell…Miss Rachel Bell. I don’t really remember the other SLPs…well, that’s not exactly true. I remember them. I remember what they looked like (vaguely). I remember where we went…I remember the interminable drill work that came with whatever sound we were working on that year (to this day I hate drill work). But I don’t remember any of them doing anything that was interesting or different.

What I remember best about Miss Bell is that she was different. She talked to me. She sang with me. She explained the “why” of what we were doing. She explained how the sounds were supposed to be made and why it was important for me to get them correct. When I wasn’t able to make the sound the way she tried at first – she changed her method and taught me a different way. She listened when I complained about how hard it was (darn /r/s and /s/s anyway). Miss Bell listened when I talked about the other kids making fun of me…and she tried to help. I knew when I was with her I was safe and valued and I wanted those precious 30 minutes to last forever.

Long ago, I decided I wanted to be like Miss Bell. I wanted to have my students understand the why…not just the way to make sounds correctly but why language and sound production was important. I wanted to make a difference in the life of a child – like she made in mine. So the next time I say “that’s not the way we do it” please… please… remind me of this post. That may not be the way we’ve done it before, but it doesn’t mean it’s wrong…or that it’s not the way it CAN be done.

Be open to new ideas…don’t just think out of the box…think beyond the box.

One thought on “Adventures in Burlesque”

Speech Adventures is specifically aimed toward speech-language pathologists and discusses the issues surrounding them. These issues may be workplace issues, therapy issues, or various other things I consider worthy. In addition, I review apps (iPad) and/or software specifically geared toward their use speech therapy.

proud to be a 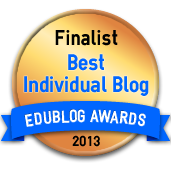